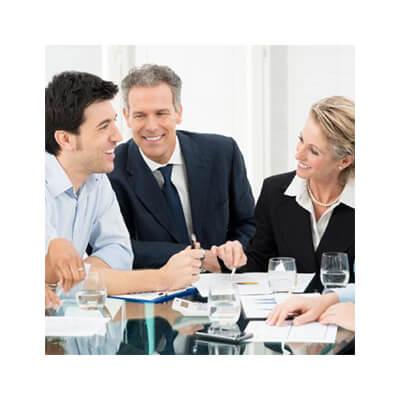 Discussion of the Need

Many hearing impaired individuals increase their television volume to uncomfortably high levels. Even then, the hearing impaired person may miss key parts of news commentary and accented language programs (e.g., British programs). Listening comprehension becomes even more difficult in the presence of competing sounds such as dish washers, running sink water, air conditioning fans, and the conversations of others.

All existing assistive listening devices that improve speech understanding of television, radio, and music systems have auditory weaknesses and/or operational inconveniences. The most acoustically beneficial listening device is the headphone coupled directly to a sound source by wire or wireless infrared/FM transmitter/ receiver. Although this device delivers quality sound to the listener, reduces background noise, and eliminates reverberation, the occluding earphone cushions isolate the listener from important environmental signals including family communications, telephones, doorbells, and smoke alarms. There is also the inconvenience of batteries which power the wireless systems, the discomfort of the headphones when reclining against a chair, couch, or pillow, and the high risk of damage from sitting or rolling onto the headphone.

The most common assistive listening device for the hearing impaired person is the hearing aid instrument. State of the art analog and digital hearing aids provide tremendous benefit to the hearing impaired. Users and researchers agree, however, that because wanted and unwanted sounds are often amplified together, comprehension of amplified speech continues to suffer in difficult listening situations involving distance, indirect sound, reverberation, and noise.

Description of the Apparatus and Method:

The device consists of two parts. Part one is an infrared wireless transmitter that connects to and transmits from a television/VCR, radio, or music sound source. This transmitter connection is best accomplished by hardwire directly to an audio output jack. However, if no audio output jack exists, the wireless transmitter can receive audio input from an accessory microphone that adheres to a speaker grill. A standard US 115-volt house outlet powers the wireless transmitter. Part two rests beside your easy chair or couch and consists of a wireless receiver, amplifier, volume and tone controls, speaker, flexible support tubing, vertical floor stand and power supply. The wireless receiver, amplifier, and volume and tone controls are placed in a small control box that must face the transmitter. To maximize the acoustical benefits and to prevent bumping of the speaker with the head, the speaker enclosure should be center positioned 3 to 6 inches above and slightly behind the listener’s head. The vertical stand can be positioned behind or to either side of the listener. A standard US 115-volt house outlet also powers part two. Part two features an audio output jack for private listening with optional headphones or hearing aid telecoil accessory.

Improved comprehension at reduced volume levels is accomplished by greatly reducing the distance between the sound source and the listener and by focusing the sound directly upon both ears. Five acoustical principles apply to provide the advantages: the inverse square law, the direct to indirect sound ratio rule, the reverberation rule, the signal to noise ratio rule, and the upward spread of masking (Speaks, 1992, Nabelek and Nabelek, 1994, Heifer and Wilber, 1990, Finitzo-Hieber and Tillman, 1978, Klein et al, 1990). A thorough discussion of the specific application of these acoustical principles and the research design is available by request.

The device was tested with subjects who wore and did not wear hearing aids. Comprehension increased by an average difference of 8.7 percent for subjects with hearing aids. The device improved unaided test subject comprehension by an average difference 12 percent. Each listener test subject in the aided and unaided conditions experienced improved listening comprehension; two subjects experienced improvement of 38 and 42 percent.