What Does Smoking Have to Do with Hearing Loss? 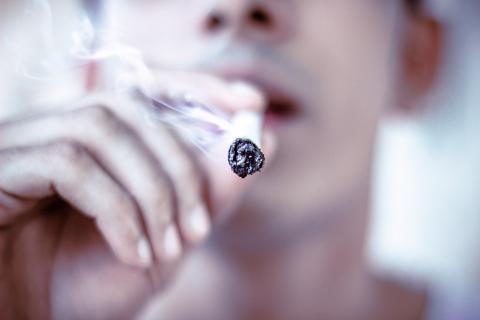 For years now, many people have found smoking to be a relaxing pastime. As of 2016, according to the CDC, 37.8 million people in the U.S. make it a regular habit. While smoking is a common practice, it certainly isn’t a healthy one: 16 million Americans live with a related disease, and 1 in 5 Americans die from related causes.

If you smoke cigarettes and are also experiencing hearing loss, did you know that the two could be connected? Here are some of the reasons why smoking can impact your hearing.

How Does Smoking Impact Your Overall Health?

As mentioned, roughly 1 in 5 Americans die as a result of smoking, making it the leading preventable cause of death in the United States. Unfortunately, smoking impacts young people too: The CDC claims that 2,000 people under 18 smoke their first cigarette each day.

But why does smoking so often lead to death?

While most know the habit can lead to lung cancer, the National Institute of Health explains that it has the potential to affect almost every organ in your body. In addition to your lungs, it can damage your brain, heart, DNA, immune system, muscles, bones, physical appearance, and more.

Some of the impacts of smoking are immediate, while some take many years. In either case, the sooner you stop partaking in the habit, the sooner you can halt its potential to negatively impact your well-being.

What is the Link between Smoking and Hearing Loss?

The connection between smoking and hearing loss has been debated for many years, but recently, researchers have found more evidence to support this link.

In 2005, Preventive Medicine published a study in which researchers extensively reviewed 166 pre-existing studies to determine if smoking is, in fact, a risk factor for hearing loss. Findings revealed a positive relationship between the habit and hearing loss, which suggests that refraining from cigarettes may be helpful for your hearing health.

More recent research exposed that even after you stop smoking, your ability to hear may still be negatively impacted. In 2014, the Journal of the Association for Research in Otolaryngology published a study evaluating the connection between current and passive smoking and hearing loss.

Smoking can also exacerbate certain forms of hearing loss, namely noise-induced hearing loss. In 2005, Clinical Otolaryngology published a study that explored if the habit could impact the hearing of employees exposed to dangerous sound levels.

To test this hypothesis, 30 employees who were long-term smokers were then compared to a control group of 58 employees who did not smoke. As a result, those who smoked were found to be at a greater risk of developing permanent hearing loss.

What Can You Do About Hearing Loss?

Even after you’ve kicked the habit, you may still have to face the consequences, like hearing loss. On the bright side, it most often leads to high-frequency hearing loss, the most common form of hearing loss, which our hearing aids are pre-programmed to address.

At Advanced Affordable Hearing, we offer hearing aids at reasonable prices, without the hassle of an office visit. To start your journey to improved hearing, contact us today.