What is Directional Hearing? (And What Happens Without It) 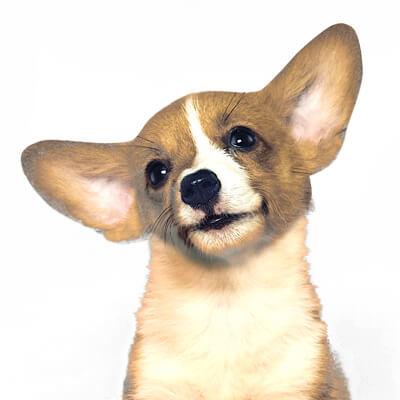 Whenever a dog tilts its head, our first instinct is often to snap a picture or reward our pet with a treat for its adorable pose. While the “head tilt” is heartwarming and often gets us to say “aw,” there’s a reason why your furry friend makes this gesture, and it has to do with hearing.

People’s ears, on the other hand, are designed to locate the origin of a sound, without making a move. But what if, like dogs, a person couldn’t easily locate where a sound is coming from? In this article, we’ll address how directional hearing works and what happens without it.

How Does Directional Hearing Work?

As mentioned, directional hearing (also called spatial hearing or sound localization) allows us to identify where a sound is coming from. While it may sound like an insignificant feature, localizing sounds plays a more important role in our daily lives than you might think.

For example, if a person calls your name from behind you, your instinctive reaction may be to turn around—this is your directional hearing at work.

But How Do Our Ears Localize Sounds?

There are a few factors at play:

In addition to sound localization, directional hearing helps us to perceive sounds, particularly speech, among the noise. For instance, if you’re at a restaurant with a friend, there will certainly be other voices, sounds of silverware tapping on plates, and more in the background. However, your ears are designed to hone in on the voice of your friend, despite the noises around you.

As strange as it may seem, many of the same factors that allow us to identify where a sound is coming from also allow us to hear background noise:

With the help of these two features, you should be able to perceive what a person is saying to you, regardless of the surrounding background noise. Even better, most times you do this without even having to think twice.

What Happens Without It?

While many take directional hearing for granted, the lack thereof can make communicating with others and living life to the fullest difficult. If you have hearing loss, there’s a strong chance that your ability to perceive speech among background noise has also been impacted.

Certain impairments, however, specifically cause issues related to sound localization. For example, spatial hearing loss is a form of deafness that impedes one’s ability to perceive where speech is coming from, especially in areas where there is background noise.

Most often, people are diagnosed with this condition as children or as seniors (60+), although it can occur at any age. It is often discovered in young children because this condition typically impacts one’s performance in school, as many learning activities are listening-based.

As noted, such impairments often occur alongside other hearing conditions, such as high or low-frequency hearing losses. Just as additional conditions may vary, so do the causes of this loss.

What Treatments are Available?

Difficulty localizing sounds or perceiving sounds among background noise are often signs of hearing loss. If you are experiencing these symptoms, consider seeking an official diagnosis from your doctor. In order to determine your diagnosis, you will most likely participate in a hearing test that specifically evaluates your ability to process the direction of sounds.

Once diagnosed with the condition, there are several coping methods available, such as hearing aids. With the help of directional microphones and background noise reduction features, the hearing aids of today can improve your ability to hear, despite your condition.

To learn more about affordable hearing aids with these features, contact us.

Important note: If you believe that your child may have spatial hearing loss or another form of CAPD (Central Auditory Processing Disorder), you will certainly want to consult a physician. A medical doctor can recommend the appropriate diagnosis and coping strategies for your child’s particular situation, so he or she can succeed in school and at home.