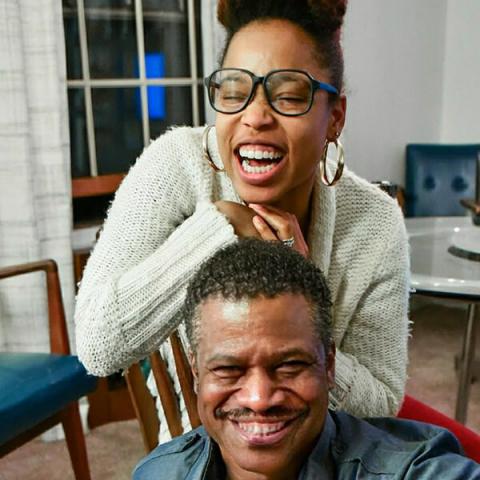 It’s become relatively common knowledge that hearing loss can lead to memory-related diseases, like Alzheimer’s Disease. With the prevalence of dementia among elderly adults, prior research predominantly examined the connection between hearing loss and dementia among seniors. However, early onset dementia affects adults under the age of 65 as well.

This begs the question: Can hearing loss increase the chances of a middle-aged person acquiring a memory-related disease? This question had gone unanswered until Dr. Yune S. Lee from Ohio State University chose to explore it. In 2018, Dr. Lee sought to determine if hearing loss in middle-aged adults is a risk factor for dementia.

If dementia runs in your family, you may be interested to know how you can prevent it. Continue reading to learn more about early onset dementia and its connection to hearing loss.

What is Early Onset Dementia?

While we commonly refer to ‘dementia’ when discussing elderly adults, we may not be fully aware of what it means. According to the Alzheimer's Association, dementia is not a specific illness but an umbrella term. The term is used to describe a set of “symptoms associated with a decline in memory.” Alzheimer's Disease is the most common form of dementia, accounting for well over half of cases.

Since dementia can come in many forms, symptoms of dementia will vary depending upon the specific type a person has. There are, however, several symptoms that occur across types. The Dementia Alliance International notes that symptoms can include memory-related issues, along with difficulty communicating, understanding, and performing routine tasks. A person with dementia may also display personality and mood changes.

At Johns Hopkins University, Dr. Frank Lin and his research group have spent years studying how hearing loss affects older adults. Prior to 2011, the connection between hearing loss and dementia had not been explored. Dr. Lin and his team changed this, however, when they published a revolutionary study in the Archives of Neurology.

In the study, Dr. Lin’s research group evaluated if hearing loss is a risk factor for dementia in older adults. 58 individuals between 36 and 90 years old participated, and all partook in hearing and cognitive testing. In conclusion, the researchers found that those with hearing loss at the onset of the study had a higher likelihood of acquiring dementia.

While this study confirmed the connection between hearing loss and dementia, it did not explore the why behind it. Nevertheless, Dr. Lin feels that hearing loss may be a risk factor for dementia because of its ability to cause social isolation and cognitive overload.

More recently, Dr. Lee published a study in eNeuro that expanded upon Dr. Lin’s findings. In contrast to Dr. Lin, Dr. Lee focused on evaluating the relationship between hearing and brain activity in middle-aged adults. Dr. Lin recruited 35 participants with normal hearing, between 18 to 41 years old, to participate in his study. Each participant took part in a hearing test and four MRIs to evaluate the relationship between hearing and cognitive activity.

Dr. Lee feels that the increase in hearing loss among young adults may be due to the increase in people listening to music at high volumes, either on personal listening devices or at entertainment venues. Strangely enough, this hearing loss is so subtle that it often goes undetected. However, Dr. Lee feels that the subtle strain it may cause in understanding speech could cause cognitive overload and, thereby, dementia.

How Can You Prevent Hearing Loss?

Regardless of your age, there’s no better time than now to start protecting your hearing. By making an effort to prevent hearing loss, you can reduce your chances of being diagnosed with dementia later in life.

What Should You Do If You Already Have Hearing Loss?

While some of us may be able to take action and prevent hearing loss, for others it’s too late. Although most common hearing losses are permanent, that doesn’t mean you are sentenced to a life with hearing problems. While hearing aids can’t restore your hearing, they can drastically improve your quality of life. Not to mention, by improving your hearing, you can decrease your chances of acquiring dementia.

Once you know your type of hearing loss, you can call one of our friendly representatives at 1 (800) 804-0434​. They can help you to select the hearing aid perfect for your hearing loss.

Have any questions about finding hearing aids? Contact us today.